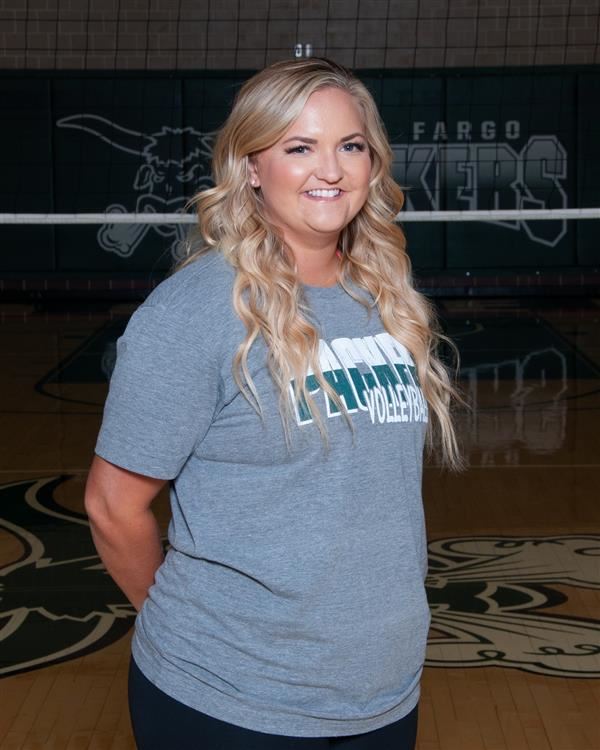 Kelsey Gibbons is in her 5th year as head coach of the West Fargo Packers. Kelsey, originally from West Fargo, graduated in 2005 and from NDSU in 2010. Before coming back to WFHS, Kelsey was the head volleyball coach at Kindred High School [two years]. Kelsey has been involved in the volleyball community through a variety of Juniors Volleyball programs such as West Fargo Volt and ND United since 2005. Outside of volleyball, Kelsey enjoys spending time with her husband, James, enjoys traveling, spending time at the lake, spoiling her nephew, Kasyn, and being with friend & family.  Kelsey works at Microsoft as a Global Strategic Partner Development Manager.